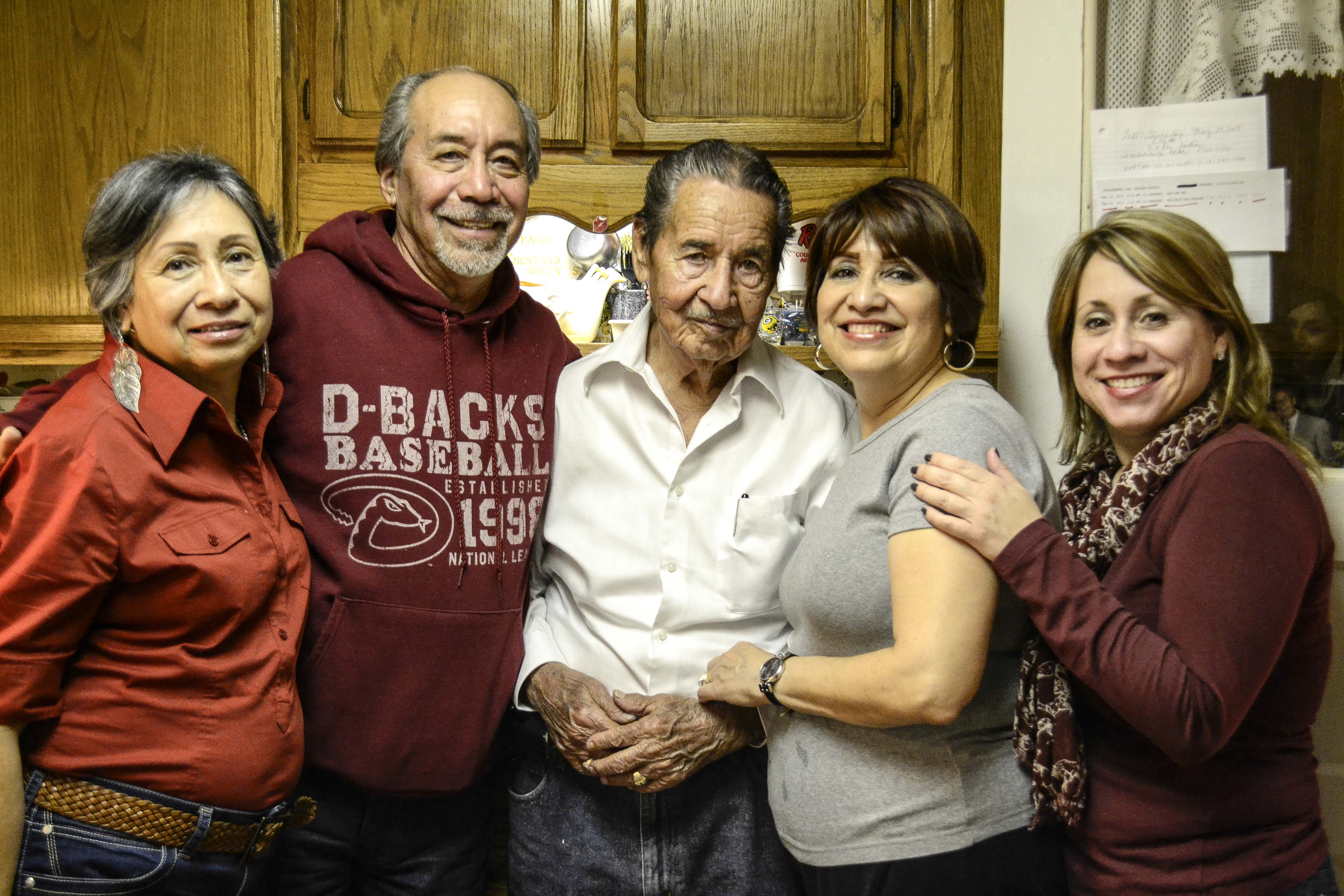 Breast cancer scarred them, one of the most common cancers to affect women. More than 220,000 women in the U.S. were diagnosed with breast cancer in 2011 according to the Centers for Disease Control. My grandmother, Natividad Saucedo, was diagnosed with stage III breast cancer in 1989. She lost one breast and endured several months of chemotherapy.

My aunt Dolores Reyes, my mother’s oldest sister, was diagnosed with stage III in 2000. She lost one breast and endured a year of chemotherapy.

My mother, Edna Aleman, the youngest daughter, was diagnosed with Stage 0 in June of 2013. She received a lumpectomy, lost 20 percent of her right breast and powered herself through seven-weeks of intensive radiation therapy.

My aunt Sally Elizondo, my mother’s middle sister, was diagnosed with stage I in May. In fear of recurrence, this powerful woman decided on a double-mastectomy for preventive measures.

One important thing I learned from this family tragedy was my Aunt Dolores’ reflection – the same thought that was once given to her by my grandmother (now deceased) – that “losing a breast is a small price to pay for your life,” and especially because, “we don’t realize our lives until mortality is knocking on our front doors.”

I’ve always seen the women in my family as an inspiration, but it wasn’t until I enrolled in a creative nonfiction class that I truly realized the empowerment of these women.

I chose to tell the autobiographical account of my health scare with cervical pre-cancer while weaving in the accounts of my grandmother, my two aunts and my mother. With hour-long interviews, I stepped into the shoes of women who have lost a part of their womanhood, but gained something in-return — another chance to enjoy their lives.

When it came to learning about their experiences, there was the eerie thought that I too, face a similar risk even though my mother told me the BRCA 1 and 2 genes (genes that are the cause to the genetic chain) were negative. It can still happen, especially because this disease is the most common cancer for Hispanic women.

I distinctly remember the day the doctor told my mother she had cancer. The stern but apologetic look on his face, an expression he probably shows women quite often. He pierced my heart with those three words: “You have cancer.”

They caught it early and after her lumpectomy, the cancer vanished. It was only the second time in that doctor’s 20-year career that had happened. Even with the benefit of that medical mystery, my mother had to go to radiation therapy. She went five days a week, Monday through Friday, for seven weeks. On her last day, her coworkers filled her office with balloons, the smile in her face was impeccable as she threw them in the air, I will never forget it.

I’ve felt a missing breast when I’ve laid my head to rest as a small child on my grandmother as she rocked me to sleep.

I’ve seen what radiation can do to a breast, it can turn the nipple a purple and the skin an orange-red.

I’ve seen an empty cup in my Aunt Dolores’ bra and I’ve seen the pain in my Aunt Sally’s eyes when she told me that it took her a while to recognize herself in the mirror, both breasts removed.

While breast cancer is treatable, that is no excuse for both women and men not to make better health choices. There should always remain a plan to lower the risk with better habits such as eating healthy, exercising and seeing a gynecologist regularly to do those yearly mammograms.

I strongly believe that even when a woman loses her breast, she embraces her womanhood twofold, holding tightly to what was taken from her.

One thought on “Breast cancer shadows my family, redefines womanhood”