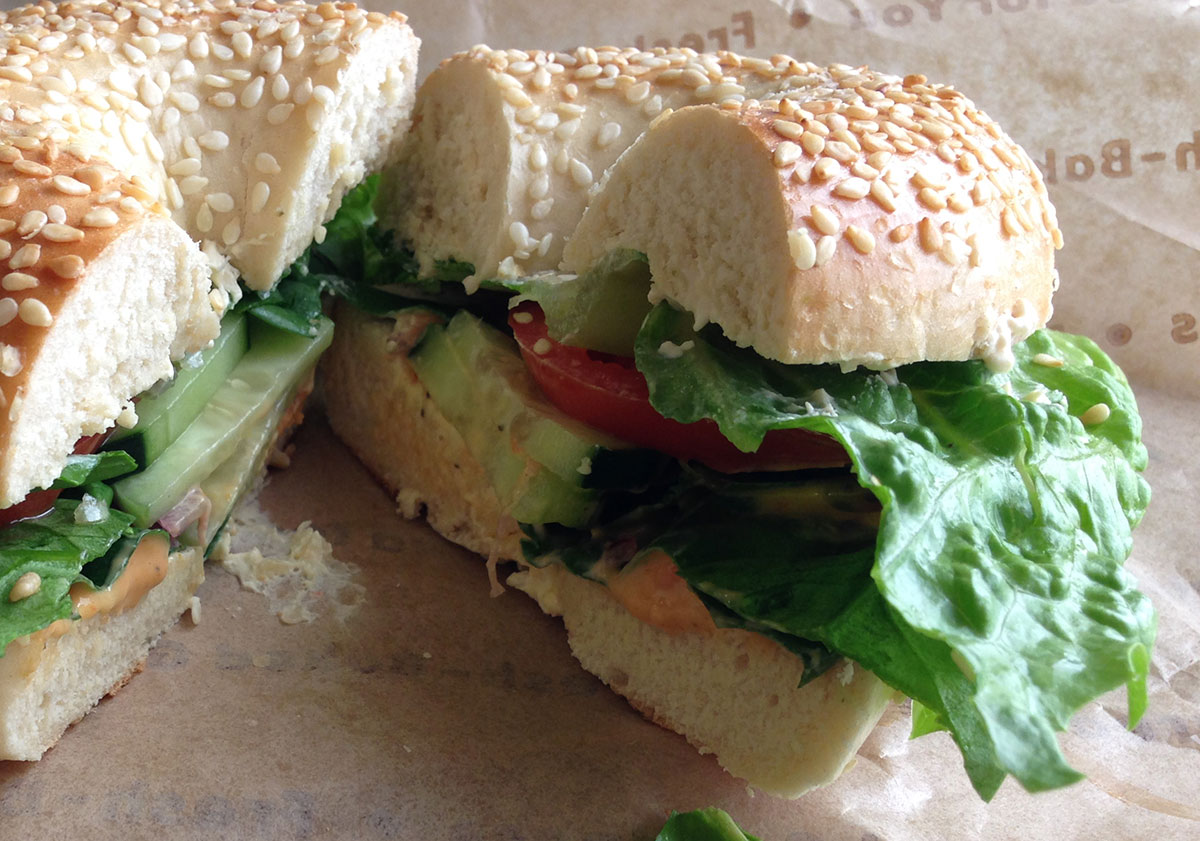 EL PASO – Five years ago I decided to add one more attribute to my repertoire – vegetarian.

I decided to make the change and see if I could stick with it, and I haven’t looked back. I gave up red meat and fish first and then, about two years ago, I was able to eliminate chicken too.

I began researching vegetarianism after I read a quote somewhere that said something like, “if you wouldn’t eat your dog, why eat a pig?”

I thought about it and researched a little more, considering that I have a Schnauzer named Paris who I wouldn’t eat. I found out that pigs are smarter than dogs and even three-year-old toddlers.

I then saw the horrific videos about how animals are treated in slaughterhouses and this finalized my decision that I would no longer support slaughterhouses by eating animals.

The biggest challenge I had to overcome was not dietary. It was the criticism of others. Friends, family and even strangers would often say things like: “What’s wrong with you? How can you do that to yourself?  Or, ‘you’re funny. What do you eat then?’”  These comments were rude and annoying.

Vegetarianism is not common in El Paso where common foods are beef tacos and burritos de carne. I can’t count the times when people look at me as if I were an alien creature when I tell them I don’t eat meat.

At fast food restaurants when I order fries or macaroni and cheese the others in line sometimes stare. I admit I feel a little embarrassed or even ashamed because I assume they are thinking I’m doing something wrong or bad for my health.

Another annoying question from meat eaters is: “If you lived in the old times when people had no choice and had to hunt for their food would you eat meat then?”

Sometimes in the past, even my own extended family seemed uncomfortable with my decision, considering there are no other vegetarians in my family. I guess they felt my dietary choice was weird because I am non traditional in other ways too. For example, I am the first in my family to attend college and at 25 am not yet married.

But I have always questioned the status quo, and even though something has always been done a certain way that doesn’t mean it’s right or that I have to follow the same old rules.

As time has gone by, leading a vegetarian lifestyle has becoming easier.

All it took was some time to adapt to shopping for food more carefully and doing a little bit of research on how to balance my diet. I still eat cheese and ice cream along with fresh fruits, grains and vegetables. Instead of cow’s milk I now drink soy.

I have discovered some helpful websites such as The Vegetarian Society of El Paso which includes a dining guide along with general information on how to live a healthy plant-based lifestyle.

I have also become familiar with places where I can shop for food. Local stores like Target and Walmart offer a section with vegetarian options, and Sprouts Farmers Market sells natural and organic food.

I have also noticed that more restaurants are starting to offer vegetarian options on their menus. I have found vegetarian dishes at Geskes, Dominics, Taco Bell and Burger King. Whataburger even makes veggie burgers upon request.

Over time, my mother and 24-year-old brother have become more supportive of my decision and even curious about what I eat. They have even tried things I eat such as veggie patties. They actually like it! They have realized vegetarian food does not taste bad, plus they like the fact that it’s healthy.

Although sometimes I still feel a bit alienated when I sit down to a bowl of potato salad or nachos at a family cookout I have learned to be comfortable with my choices and lifestyle.

The holidays can be tough, especially when celebrating outside of my home. Sitting at a table on thanksgiving or Christmas at my boyfriend’s grandmother’s house can be a little awkward when I pass on the turkey and ham and dig in to the side dishes.

To some my decision might seem strange or funny but I have decided to stand on my principles even if they are different from what other people believe.

Vegetarianism is becoming more popular especially with the current move toward becoming green. Maybe this more healthy way of living, much more common in places like New York and California than in El Paso, will be much more acceptable here in the future.

Until that day, I know that not all people will agree with my lifestyle but as long as I feel good about my choices, and I have the support of my immediate family, I can live with the criticism.

2 thoughts on “If I wouldn’t eat my Schnauzer, why would I eat meat? Trials of a borderland vegetarian”