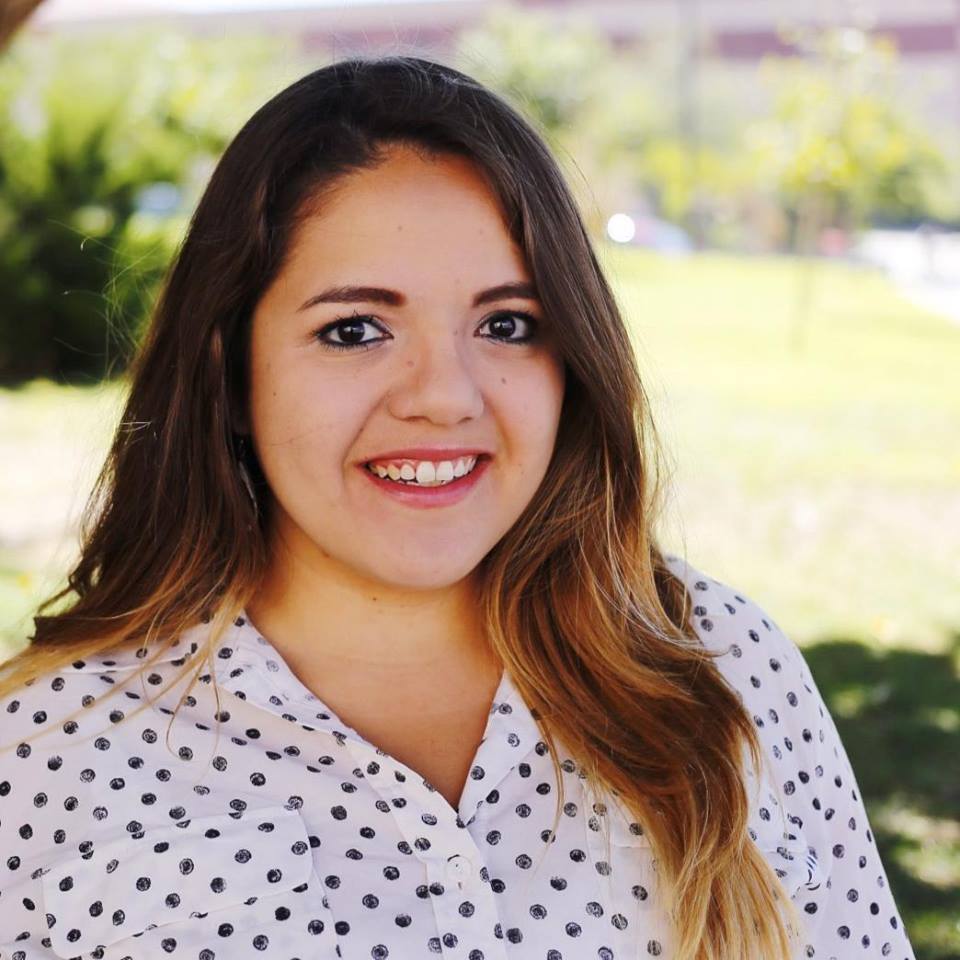 Borderzine's city editor, Nicole Chávez, will receive the Student of the Year award from the National Association of Hispanic Journalists.

UTEP Multimedia journalism major Nicole Chavez has won the student of the year award from the National Association of Hispanic Journalists. A resident of the U.S.-Mexico borderlands, she joins four other national journalists this weekend at a ceremony in Chicago to announce the annual NAHJ Journalist of the Year award winners. Borderzine's city editor, Nicole Chávez, will receive the Student of the Year award from the National Association of Hispanic Journalists.

“It’s the perfect ending of a student journalist career and a great starting point for what I am about to become: a young professional,” said Chavez who was born in El Paso and raised in Ciudad Juarez.

Chavez, who plans to graduate in December, is city editor this semester for UTEP’s online news site borderzine.flywheelsites.com and has completed internships at The Washington Post, The Atlanta Journal-Constitution, The Brownsville Herald, and El Tiempo Latino, among others.

She has been a reporter and editor for The Prospector and Minero Magazine at UTEP, and was one of the student reporters who worked on the award-winning Mexodus project that detailed the exodus to the U.S. and safer parts of Mexico of middle class Mexicans fleeing drug-related violence in their country.

“Nicole exemplifies the type of bilingual, multicultural young journalists that we are training here on the border,” said David Smith Soto, executive editor of borderzine.flywheelsites.com and a senior lecturer in the Department of Communication. “She is incredibly motivated, hard working and knows how to keep her eye on the prize. She has a bright future in news media.”

At UTEP, she has studied video, photography, radio and print journalism and is especially drawn to watchdog reporting, enterprise stories, databases and data visualization.  “I would like to find a job where I can combine shoe-leather reporting and database work,” she said.

Although she had to shift from writing and speaking Spanish to working professionally in English, she says that never got in the way of her desire to become a journalist in the U.S.

“My advice for young Latino and non-Latino journalists is to dream and actively do something to achieve that dream,” she said.  “For years, and even today, I felt that I had to work harder because I was at a disadvantage because of my language skills. Now I know that if I dream of something I can make that dream come true if I work hard enough.”

Here are additional details about the award and the other winners, who include broadcast journalist Joe Vazquez, online journalist Feliciano Garcia, print journalist Frances Robles and photojournalist Herman Ulloa.