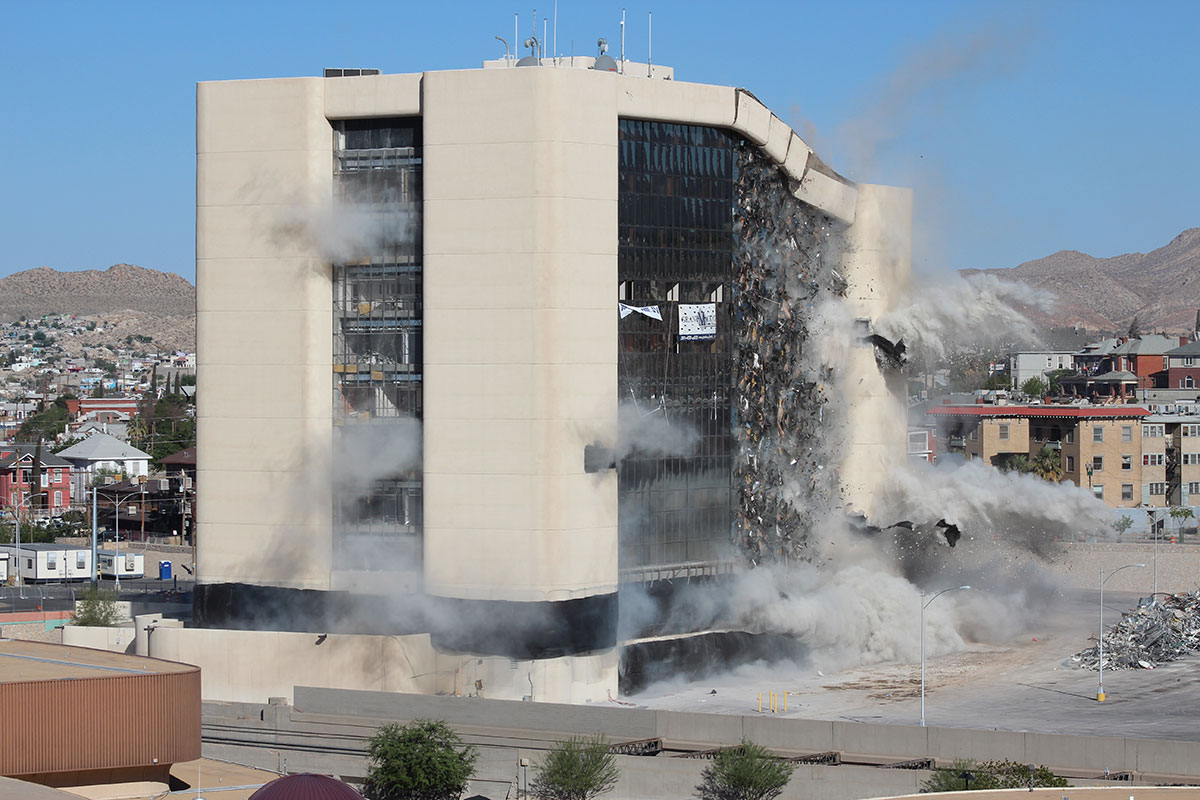 EL PASO – The promising post-Ray Caballero generation of local politicians that was swept into local leadership finally has a name to attach to its ultimate crowning political legacy and achievement: Los Chihuahuas!

Is it their “Star on the Mountain” or their epitaph as they scatter from the City Council to distance themselves from the fiscally disastrous decision to bypass the tax-paying voters of El Paso and authorize the baseball stadium with the concomitant destruction of perfectly good buildings also built with taxpayer funds? How far can they run where the long arm of Stephanie Townsend Allala’s subpoenas won’t reach them? She is the one who will earn and deserve another “Star on the Mountain” of El Paso. Standing up for responsive transparent government is very necessary here (as well as many other cities) and she took this on for all of us who were and still are abhorred by our city council and mayor’s antics to vote in this “project” with mainly her own resources. She is our (taxpayers) champion!

The fact city council attempted to stop Stephanie’s request to see ALL the relevant emails suggest cover up and something there to hide.

I do not hate baseball; I do not hate “Gringos” as some have interpreted my “Culture War” series of articles; I am not attempting to stir up Mexican versus American antagonisms allegedly long settled. To assert any of the above to my opinions simply demonstrates a narrow or total misunderstanding of “culture.”

During the good times before our real estate bubble burst that brought our local and national economy to its knees when Ciudad Juarez was a safe party destination, El Paso also thrived. Tourists flocked to El Paso only to cross the border and enjoy MEXICAN CULTURE in Ciudad Juarez.

El Paso enjoyed the secondary benefit by being a place to stay while partying across the border. They didn’t come to El Paso to enjoy our hybrid American culture with a hint of Mexican flavor. Why is Mexico the number one tourist destination for Americans? Duh!

Our recent generation of local leaders didn’t look into our own cultural strength to take advantage of our predominantly local Mexican culture and conclude that when Ciudad Juarez was down and almost out without the outside tourists El Paso could have filled that “cultural” vacuum by developing our own “Mexicaness.”

What were they thinking?

They were thinking our local developers would save us and went to the meetings where they drank the Kool-Aid. No need even to present it to the voters; because our tax strained local tax base would rightfully and intelligently reject it for what it is: tax money going directly into the pockets of the developers pushing the project.

Conducting an independent professional survey to find out how many of our 672,000 plus city and county residents would actually buy tickets to go to baseball games over the next 10 years would have been a good investment. It would have saved us the future millions the city council indebted us to, not to speak of the budget overruns we will have to pay.

To get another perspective I occasionally listen to AM 600 NBC Sports Radio. This morning’s talk (October 24) was about the radio ratings for the first game of the Baseball World Series. The cities with the big listener ratings were Boston, Saint Louis and lesser in several other cities; it was low even in Chicago.

These same sports radio personalities were ranting and raving for the approval of the baseball stadium project. A couple of our local politician went on the air praising the stadium’s approval and deriding the opposition because what they rammed through was foolproof. The same five callers frequently called the station in praise of the stadium. What was glaringly absent this morning was the absolute absence of the listener rating for the first game of the Baseball World Series here in El Paso. This suggests to me locally we didn’t even move the needle.

My own subjective opinion was that we would be lucky to get 5,000 signatures on a petition to build the baseball stadium and commit to buying tickets at the different range of prices from the most desirable to the least desirable seats. I know, somebody will attack me and say I bet we could get 7,000 signatures, optimistically 8,000. Yeah, I know. Game after game year after year those baseball fans will pay off the bonds floated to finance it. Again, yeah, I know! I suspect the vast parking lot will be the site for flea markets and will draw more than the baseball games.

I could go on; I will go on with my own rant on this subject. It is an important issue loudly begging to be addressed. It is replete with inviting contradictions and conflicts of interest.

“Chihuahua” is such a useful Mexican word not the least of which is as a euphemism for many other words in Mexican Spanish that are variations of an expletive derived from a verb that begins with “chi…”, heard frequently in El Paso.

Personally, when I heard of the choice of Los Chihuahuas as the name for our future second-hand baseball team that couldn’t be profitable in Tucson, Arizona, I thought it was “cute.” Maybe the chosen name for the team is the least offensive detail of this issue. If it were profitable why would they agree to move; it belies the basic principle of capitalism. What are the demographics of each city?

Finally, for now, “chihuahua” is believed to have derived from Nahuatl xicuahua that means “dry sandy place” maybe apropos for Home Base (sandlot baseball?). Los Chihuahuas, is it a gold medal or epitaph?