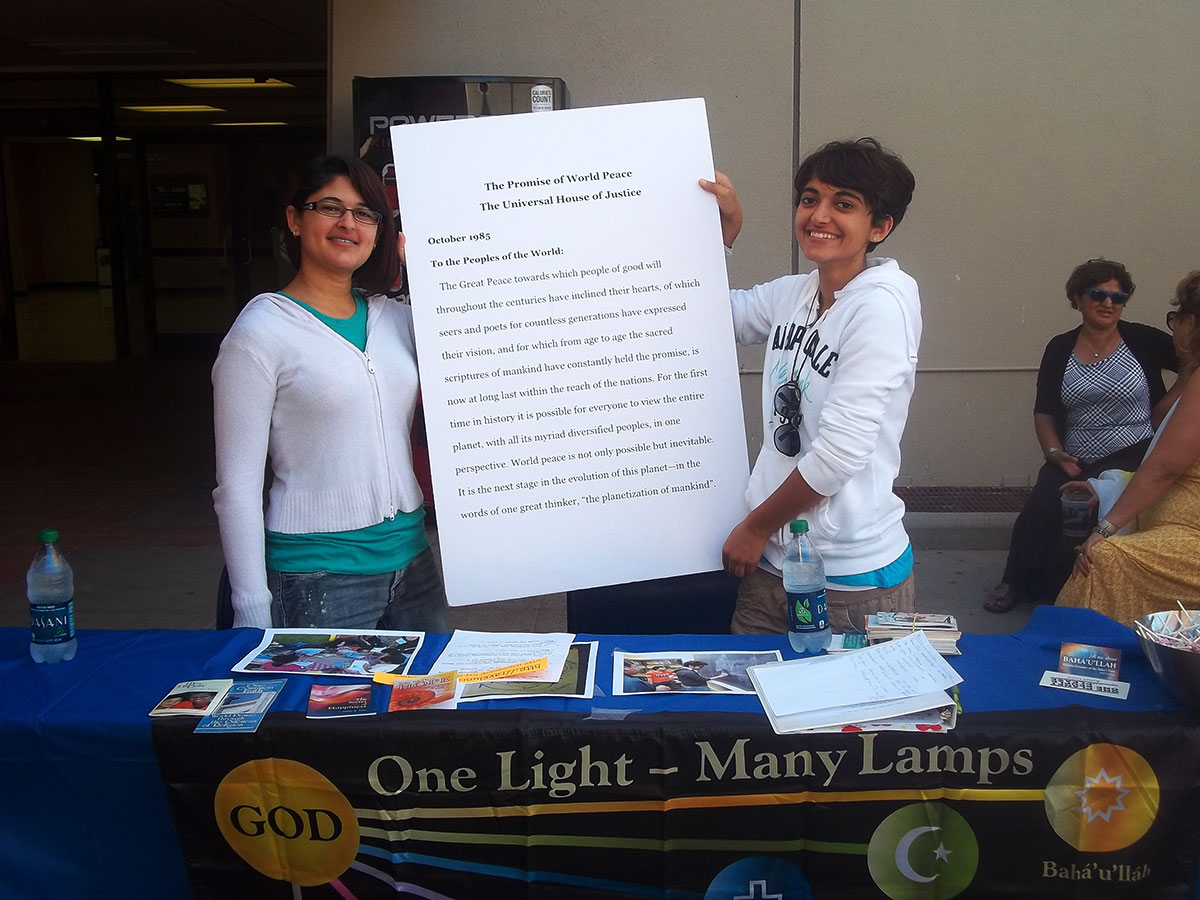 EL PASO – The world’s religions, often at bitter odds with each other, came together recently in a celebration of peace and in the spirit of doing good for humanity, at the University of Texas at El Paso.

To attract different religions and even atheists the Religious Studies Program at UTEP needed to be creative. The academics brought the religious groups together to celebrate International Day of Peace, a theology they could all agree on. And they came – Catholics, Protestants, Baptists, Muslims and even atheists.

“We had to choose an event that doesn’t favor anyone,” said Ann Branan Horak, director of the Religious Studies Program. “International Day of Peace was perfect to bring all religious groups together and support the cause. All of them are committed to peace.”

For the third year in a row, Horak said she wanted to give students and the members of the diverse religious groups on campus a chance to interact with those who disagree with them. So she invited the different religious student associations to get together for a goal, promoting peace.

“It’s important for the students to think bigger than themselves. I think it’s great for students to learn about something different,” Horak said. The organizations interacted with one another a great deal, Horak said, not only sharing information about their belief systems, but discussing ways they could work together in the future.

The Muslim Student Association tried to make the most of the event. Members were hoping to have the opportunity to educate people about the religion of Islam since they feel that after the 9/11 attacks it is regularly associated with terrorism. ONE Campus Challenge, a student organization that focuses on fighting poverty and preventable disease was also part of the celebration. (Edwin Delgado/Borderzine.com)

“The biggest misconception people have about Islam is that they associate it with hardship, not treating women properly and even terrorism. But those are not true. We are no different than other religious groups. We have the same purpose of having peaceful relationships with each other,” said Said Al-Riyami, a member of the Muslim Student Association.

He emphasized that Islam is a religion of peace. “Often there many misconceptions about Islam here in the United States and is associated with violence, but Islam has nothing to do with that,” he said.

Another organization that was hoping to connect with students was the Baha’i student association, which was also seeking volunteers to do community service in the city.

“Even though we are a religious group, people don’t have to be part of the religion itself to be part of our association or to help us volunteering. We welcome all kinds of different people,” said Baha’i student association member Carmel Heydarian. The International Day of Peace celebration at UTEP brought together Catholics, Protestants, Baptists, Muslims and even atheists. (Edwin Delgado/Borderzine.com)

Among the student organizations at the event was ONE Campus Challenge, a non-religious group, but according to member Eliana Grijalva, they were more than pleased to collaborate in the effort.

“Our organization focuses on fighting poverty and preventable disease. The reason we decided to come here today is because we are a global organization,” Grijalva said. “We feel that the U.S. should support all countries in need because in the end we are a global community. There’s always been conflict and there will always be, it’s just a matter of learning to communicate more openly and being able to move forward as a global community.”