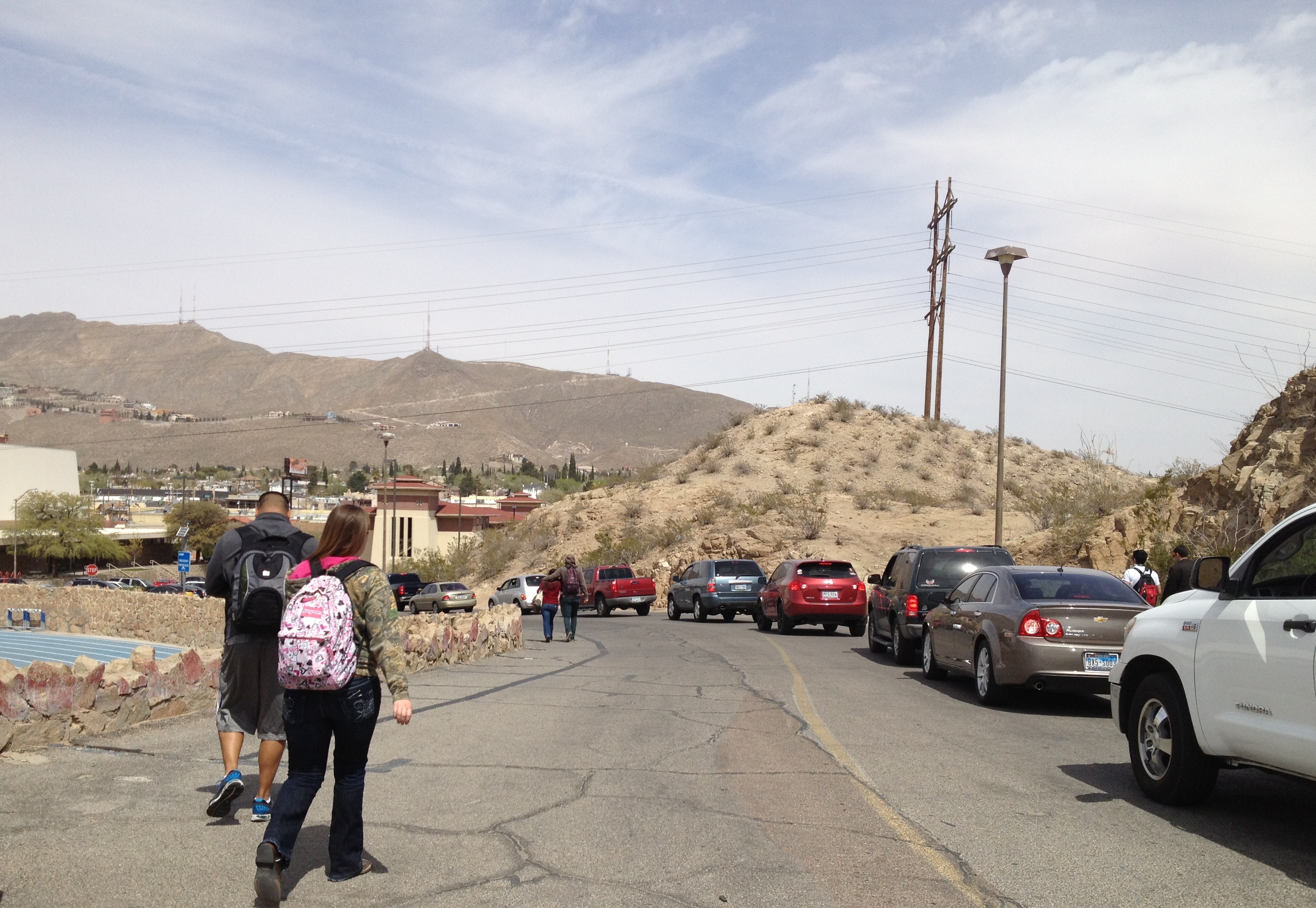 EL PASO – First UT Austin, then Texas A&M, North Dakota State, Texas A&M again, Texas State, and now UTEP.  What do all these schools have in common? They are just a few of the universities in this country that were prompted to evacuate due to bomb threats.

On March 26, nearly 20,000 faculty, staff, and students evacuated UTEP’s buildings after being alerted by campus police of a real threat on campus. After receiving a text from the campus police, I calmly gathered my belongings and made my way to the nearest exit, not really panicking.  As I got to my car and drove around Sun Bowl passing hundreds of students who were walking to their cars, I came to a peculiar realization. It didn’t seem like people were frenzied or panicking at the imminent threat of death. Either every person was extremely calm, or no one was taking the threat seriously.

Even more so, it seemed like students were happier to find out that school was canceled for the rest of the day, than worried at the possibility of a bomb going off at any second. I was amazed at the enormous disjoint between the people evacuating and the Campus Police who felt the threat viable enough to call for evacuation. If someone really believed a bomb could go off at any second, would they really wait three hours in a parking garage to get out, or simply run for their life?

It’s a bit of an understatement to say that times have drastically changed.

It is no longer an absurd or preposterous idea to think that someone would plant an explosive at a University or “shoot up” a school. In fact, and as sad as it is, it almost seems common to hear of an event like this occurring.

By now, we all have heard of the horrific events that took place at the Boston Marathon. The threat was very real and cost three people their lives, and hundreds of others their way of life. From the media spotlighted events at Virginia Tech, Columbine, Aurora, and Sandy Hook, to less publicized shootings at Dillard High School or E.O. Green Junior Middle School, real tragedies are happening on a daily basis.

I could go on and on listing schools where either shooting or bomb threats have been realized. For this reason, it is perfectly sensible for the UTEP Campus Police to have ordered an evacuation, even if they did not have much information as to whether or not the threat was real. The prudent forethought or “worst case scenario” mentality of the Campus Police should be adopted by the students because it is not all too unlikely that one day, the “worst case scenario”, will be the one that plays out.

To disregard of a warning and a flippant evacuation isn’t the best ways to react to a threat in this day and age. More importantly, being on the other end of the threat is even more foolish. Making a false threat, no matter how innocent the intentions are, cannot be done. Upon receiving the threat, whether it seem minimal or paramount, police will automatically heighten into an alerted state and dedicate personnel into trying to alleviate the threat as quickly as possible, taking away their ability to help someone who may be in real need of help.

Additionally, making a false threat in the state of Texas is classified as a “False alarm or report.” This is a Class A Misdemeanor and can even be a State Jail Felony in certain circumstances. All over the country, students have been arrested for falsely reporting the threat of an emergency. Earlier this year, two teens in Vermont were arrested after a teacher overheard them joking about bringing a gun to school. Even this was enough for the District Attorney to press charges and take the students to trial.

Whether it be a real threat or an innocent prank, action can and will be taken. Authorities cannot assume something to be a joke, only to find out that it was in fact a real threat. This is a mistake that can cost the lives of many innocent people. As citizens, we, too, must bear the responsibility to act as diligently as the police force in recognizing viable threats or suspicious activity and reporting it immediately.

Making or hearing of a report of any kind cannot be taken lightly by the police, and more importantly, by all of us.