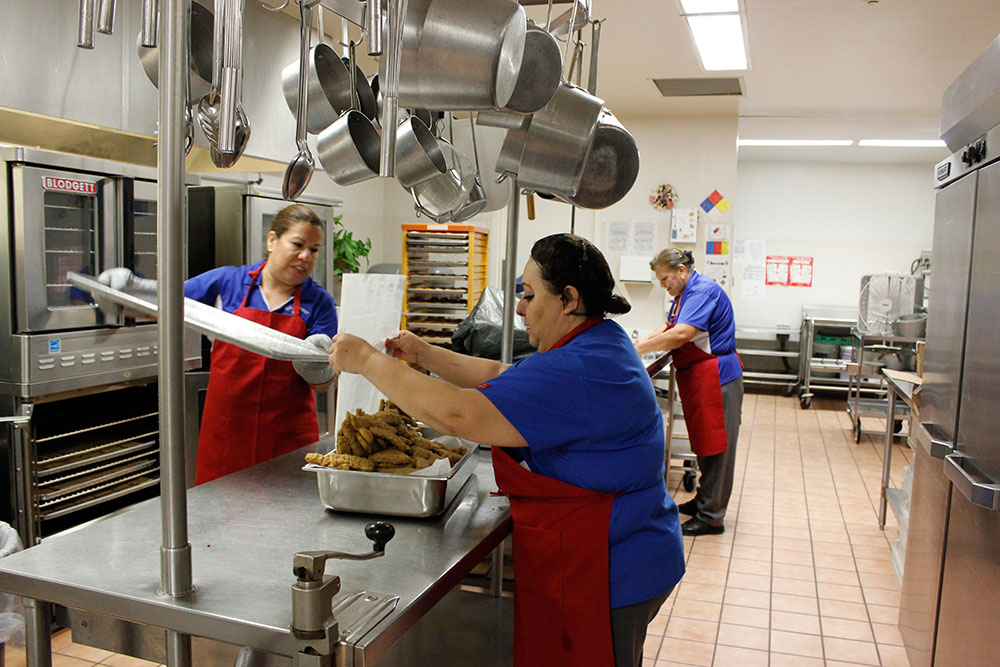 EL PASO — Just like Cookie Monster who is now eating more vegetables and fewer cookies, students in all El Paso school districts must also eat a healthier diet due to the new federal nutrition standards for school meals.

The new federal nutrition standards went into effect on July 1st, 2012 as part of the Healthy, Hunger-Free Kids Act of 2010 introduced by First Lady Michelle Obama. These meals must meet science-based requirements to provide a healthier lifestyle to students in Texas schools. According to the site ChooseMyPlate.gov the MyPlate icon illustrates the five food groups and was designed to "remind Americans to eat healthfully". (©ChooseMyPlate.gov)

There are many changes to the nutrition guide for schools. One of them is an increase in whole grains and a decrease in calories and sodium. “The main thing is that we are increasing fruits and vegetables,” said Patricia Chavira, nutritionist for the Ysleta Independent School District of El Paso. “Before, students were able to just accept three components, now one of the three components has to be a fruit or vegetable.”

“Before, they could just take a slice of pizza and milk, now they have to take that third fruit or vegetable component,” said Michael Vasquez, director of Child Nutrition Services in the YISD.

Obesity is one of the main concerns and reasons for this nutritional change. According to the study “F as in Fat: How Obesity Threatens America’s Future 2012,” three out of 10 Texans are obese. These changes aim to slow down the increasing weight gain in the state.

“It really comes from the Institute of Medicine and statistics and how they want to tackle the obesity problem,” Chavira said.

Experts fear the drastic changes of the new program will lead to failure and an increase in food waste as children reject it. In schools throughout El Paso, high school students have been more accepting than younger children, according to Chavira.

“I’ve noticed that kids are actually eating more fruits and vegetables,” Chavira said about high school students. Because of this, the school’s mandatory nutritional changes could be questioned.

“With the little kids that’s the challenge, I think that it’s important to offer a well-rounded meal, but the child should be able to choose what they would like to eat and not being forced to do anything,” Chavira said.

Lety Gomez, the attendance clerk at Hillcrest Middle School is extremely concerned with the program. She has children in these schools and expects them to be well fed.

“My son, he’s an eighth grader here at Hillcrest, and he used to like the food, but now it doesn’t fill him up,” Gomez said.

These changes have just begun and officials say it is too soon to tell whether they will bring good to the children or if they will reject the idea and stop eating at school. All they can do for now is wait.

“If it works we’re all for it,” Vasquez said.