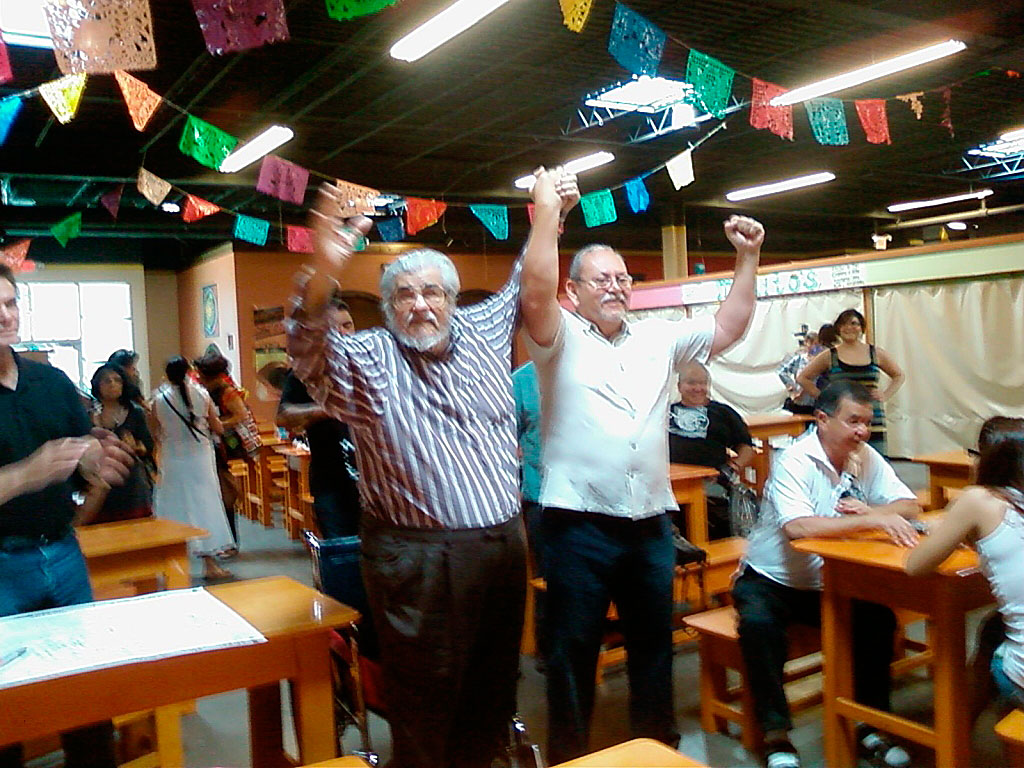 EL PASO – La Raza Unida Party gathered here in the same city where its first convention took place 40 years ago calling for Hispanics to unify with renewed vigor at a time when their vote is of critical importance in the 2012 presidential elections.

“The question is how we control our destiny,” said José Ángel Gutiérrez, 68, a founding member of the party, a lawyer and a longtime leading Chicano activist.

The roots of the Raza Unida Party, created to organize and empower new generations of Hispanics, date to the late 1960’s when Hispanics students at Crystal City Texas High School were excluded from some of the extracurricular activities. The discrimination led to student protests and walkouts. Gutierrez soon found himself advising them. Eventually the school board acceded to the student demands, but not before Gutiérrez and other activists realized that the community had an inherent power to affect public policy. At the time Gutierrez had been working with the “Winter Garden Project” a national movement to politically organize Mexican Americans. This led to the organization of the Raza Unida political party.

Activist, students and professors gathered at the University of Texas at El Paso and at the Mercado Mayapán in El Paso from August 31 to September 2, to commemorate the party’s 40th anniversary and remind Hispanics of the need to revive and pursue the unity of the Hispanic community.

The Hispanic vote in 2012 was the main focus at the various discussion panels. According to Gutiérrez, the Hispanic community doesn’t have the same sense of urgency to go out and vote as do other groups.

“The question remains, what are we going to do tomorrow – mañana is today. ¿Qué vamos a hacer?  We are the future,” Gutiérrez said.  He said the biggest problems in the Hispanic community are the lack of political consciousness, lack of organization and the need for younger generations to become involved.

Dennis J. Bixler-Márquez, Director of Chicano Studies at UTEP, agrees with Gutiérrez’ view of the need for new generations of Hispanics to become engaged in politics. “It was gratifying seeing younger people organize the event and playing a leadership role. You see this as hope for a better future,” Bixler-Márquez said.

In the last 40 years La Raza Unida party has campaigned in the U.S for better housing, bilingual education and better work opportunities for Mexican-Americans. Today, their goal is to empower newer generations of Hispanics.

“We need to educate our youth and learn about our history and how this can help future generations,” said Hilda Beard-Ontiveros, professor of Chicano Studies at UTEP. Fernando Garcia, Executive Director at Border Network for Human Rights, said there is a need for not only the young but for everyone to participate and motivate others to continue with “la lucha” for social change.

“La lucha” first began in April, 1970 when activists decided to target the Mexican American vote and run 16 candidates in local elections in different towns including Crystal City. The successful election of 15 of them put Crystal City on the political map and within a short time La Raza Unida chapters sprang up in 17 states and the District of Columbia.

The high point of the La Raza Unida party came in September, 1972, when Gutiérrez was elected national party chairman at the National Convention attended here by more than 3,000 delegates with the assistance of other groups like the Movimiento Estudiantil Chicano de Aztlan, it was the first national convention of its kind.

“This is a legacy and a challenge for future generations,” Garcia said. “The challenge is what type of society the US would turn out be. The new generations have to continue fighting.”

2 thoughts on “The Raza Unida Party returns to ‘la lucha,’ calling for Hispanic unity in the 2012 elections”