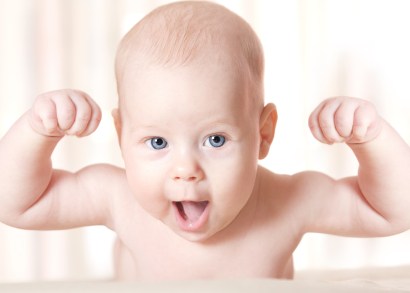 NOGALES, Az. – I drove across the border from Nogales, Arizona this past April looking for the fresh-cut, thinned-stemmed asparagus spears you can only get there.

Having long ago made a personal rule to spend only pesos while in Mexico, my plan was to use my Bank of America’s debit card to withdraw pesos from the ATM at my “sister” bank, Banco Santander.

Banco Santander has several modern, first-class, efficient branches in Nogales, Sonora, which is also known, hereabouts, as our “sister” city. I wanted those pesos to buy a couple of pounds of fresh-cut, thinned-stemmed asparagus spears sold by an enterprising fellow up from the farming community of Imuris, Sonora, 60 miles south. This fellow had set up a stand, just a block away from Banco Santander, in the Central Plaza, where a pound of his asparagus would cost me only 10 pesos.

Which at the exchange rates last April was only seventy-six cents a pound. As contrasted to the asparagus that was selling at $3.95 a pound at my local Safeway supermarket.

But as I approached Banco Santander that sunny, cool April day, a young man holding a baby called out a greeting: “Hola, Jack!”

“Don’t you remember me?” he asked in perfect English.

He then reached out to grasp my hand. “I’m Luis. We met about two years ago there,” he said, tilting his head toward the Central Plaza only a block away.

“We had a long conversation there,” he continued. “That was just after my wife and me had been deported by ‘La Migra’ from California where I had a very good job as a mechanic at an auto repair shop. You were sympathetic.”

“Sorry,” I replied. “But I still have no memory of my ever having met you. But, how are things going for you, now?”

“Not so good,” Luis replied, as he told me that he’d been earning only about $60USD a week working a 60-hour job in a U.S.-owned factory.

This granddad then asked Luis if he could hold his four-month old baby boy and when I did, the baby looked directly into my eyes and giggled, which–correct me if I’m wrong–seemed advanced for one so young.

Luis then invited me to come visit his family up in his barrio, which is located in the highest of all the barren hills that surround Nogales, Sonora­–and which has no water and electricity.

Luis then told me that he and his neighbors were trying hard to pressure local government officials to provide electricity and water.

“Can’t possibly do that today,” I replied, as I handed Luis back his baby boy. Asparagus spears were on my mind.

It’s now been more than six months since I last met Luis.

Meanwhile, I’ve been feeling guilty that I didn’t accept his invitation.

Because just five years ago, I helped a small community of repatriated migrants up from Sinaloa to persuade the Nogales, Sonora city officials to provide it with electricity and water.

Which means–maybe to my credit?–that every time I now cross the border to withdraw pesos at Banco Santander, I’ll be looking for Luis, if only to hold his baby boy once again, who, that he’s now become one year old, will be in perfect health.

That’s because what I keep learning about my south-of-the-border neighbors is that no matter what hardships they face, there’s nothing more vital to them than the love and welfare of their children.

And if I do ever meet Luis again, my choice will surely be babies over asparagus.

Nothing much to say, other than that I'm a "gringo" who loves living here in this sweet, safe, bi-cultural paradise.