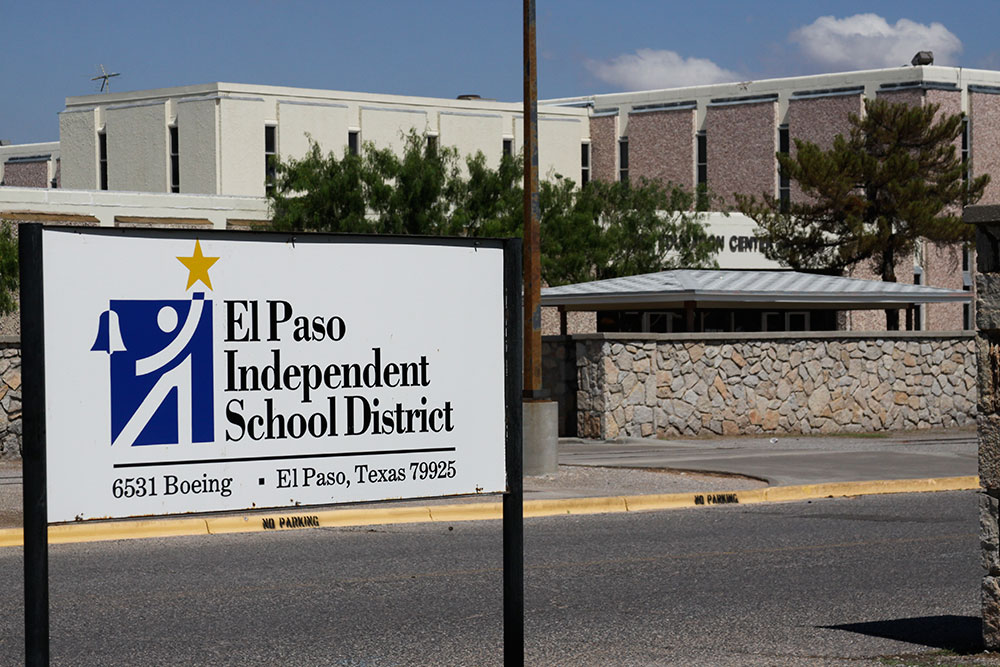 Currently, there is a call in the El Paso Times for the EPISD board to resign, but the president of the board, Isela Castañon-Williams, is standing her ground. (Raymundo Aguirre/Borderzine.com)

EL PASO – What is it about powerful people that makes them feel above the law?

Dr. Lorenzo Garcia, Superintendent of the El Paso Independent School District (EPISD) recently pled guilty to two counts of conspiracy to commit mail fraud. One of the charges involves cheating on student test scores and the other deals with a $450,000 contract given to one of his lovers. Currently, there is a call in the El Paso Times for the EPISD board to resign, but the president of the board, Isela Castañon-Williams, is standing her ground. (Raymundo Aguirre/Borderzine.com)

Unfortunately, unrestricted power is a heady intoxication that once achieved is always craved. People jump when you snap your fingers, kowtow to you in all the little ways that make you feel above the crowd, better than anyone else. That is the feeling of power.

Once again, we have public officials in El Paso caught with their hands in the cookie jar. Garcia, one of the most powerful leaders in El Paso, was arrested by the Federal Bureau of Investigation on August 2011 for alleged corruption. The indictment charged Garcia with one count of conspiracy to commit mail fraud, two counts of mail fraud and one count of aiding and abetting theft from programs receiving federal funds. However, the specifics of the indictment are not really germane to this article. What is germane is the underlying cause of this debacle – the good ole boy (and girl) system that is rampant in El Paso.

The interesting thing is that, in regard to Garcia, while he was the superintendent, he had a board of directors, in this case comprised of elected officials that he had to answer to. In theory, the board was there to make sure that he followed the rules.

The same was true in regard to Robert E. (Bob) Jones, the President/CEO of the National Center for Employment of the Disabled (NCED). In both cases the boards of directors were made up of prominent individuals who were powerful people in their own right.

In the case of NCED, though each board member was well aware of his fiduciary duty to the Company, they were also aware of Bob Jones’ world famous temper as well as his unending generosity to those that could help him achieve his goals.

A phone call from Jones could open doors beyond the imagining of most of us. Keep in mind that the board members were not average individuals but well-off, well educated, powerful people in their own right. Yet none of them dared question what Jones wanted and therein lay the problem that led to prison for him and several others.

In the case of EPISD, the board members were elected by the voters of El Paso County specifically to oversee the superintendent. So the question to be asked is how did such improper conduct happen with the eagle-eyed members of their respective boards watching both of these men? The answer is greed and ego.

It is a peculiar thing, but the board members felt even more powerful than they actually were because they were directors of a powerful company. Any individual who did question Jones was considered a disloyal and disgruntled employee and was shunned by the community.

In the case of Garcia, he ruled the El Paso Independent School District as a benevolent despot. He committed EPISD funds and gave out contracts without adhering to the mandatory bid process because he was so entrenched in the system that no one dared to question him. In spite of the State legal requirements and school district regulations that any contract over a certain dollar amount had to go out for bid, he gave a $40,000 contract to a local individual to be a morale booster for the students and a $450,000 contract to a lover. (I am not really sure what a morale booster is or why the school district needed one).

The EPISD board did nothing about these improprieties when they became public. After all, to question Garcia was to question their own judgment since their job was to make sure he followed the rules. If he failed to follow the rules then it reflected badly on them, thus his decision to grant that contract for a morale booster was rubber stamped. The good ole boy system kicked in and, as usual, the game became “look innocent and stay quiet,” which is something that most boards of director excel at. In El Paso negative publicity blows over really fast; the public quickly forgets.

The attitude of the school board members, though elected officials, is to keep their heads down and let the board president, Isela Castanon-Williams do the talking. It is an interesting thing about El Paso politics that she does not dispute that the board violated the state law and district policy that required trustees to direct the district’s internal auditor, but rather she defends what they did, basically because it was done with good intentions. Castañon-Williams had said several times that she believed it was best for the superintendent’s office to coordinate the district’s investigative and reporting activities into allegations of wrongdoing at Bowie High School.

She said that she believed that since the Texas Education Agency and later the U.S. Department of Education directed their inquiries through the superintendent’s office, it made sense for him to be working closely with the internal auditor and other administrative personnel on the issues in question. However, she overlooks the fact that since 2006, Texas State Law has required that the School Board oversee internal auditors, and EPISD’s internal policies also impose that same requirement. Nowhere is there either a law or a regulation that gives the board the power to delegate the internal audit authority to anyone else.

Currently, there is a call in the El Paso Times for the EPISD board to resign, but the president of the board is standing her ground. She maintains that it was only a little violation and, well, it was done for the benefit of the students. She knows that in six months or so, if she can hold out, everyone will forget what happened and it will business as usual for the school board.

She has experienced that heady wine known as power and she has no intention of giving it up and she will get away with it though she and the rest of the board certainly have questions to answer. Such is politics in El Paso.