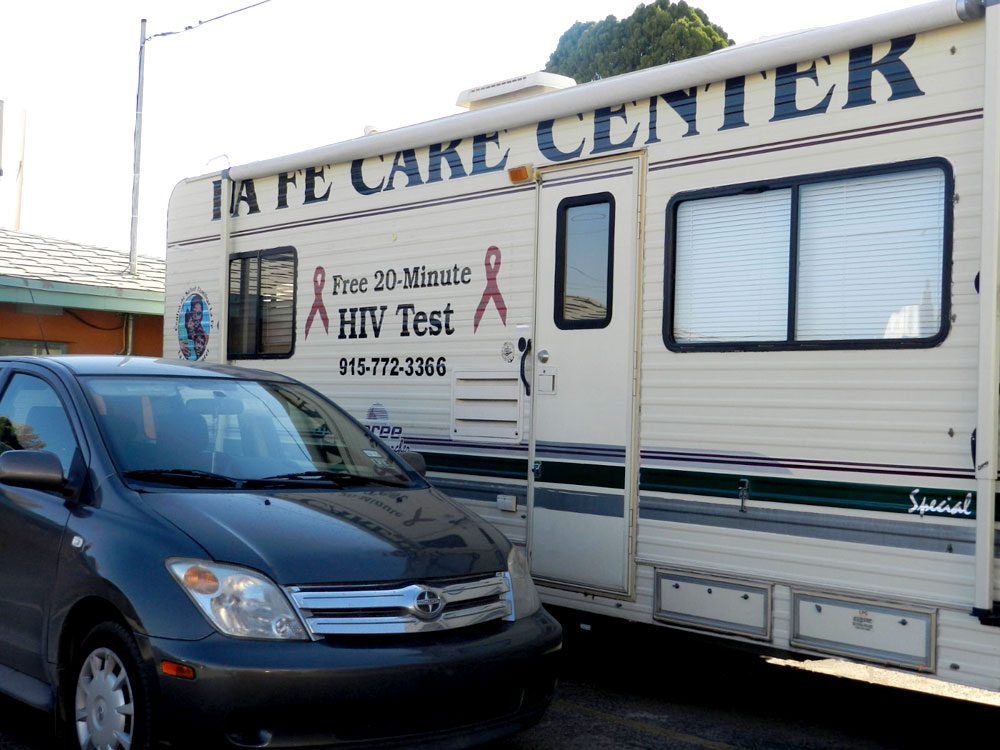 EL PASO – The number of Latina housewives infected with HIV is increasing in El Paso and the perpetrators are “machos enmascarados,” usually their own husbands.

“I had never seen the increase in that type of vulnerable heterosexual family-oriented woman, as I am seeing it now,” said Jorge Salazar, health services administrator of the Centro de Salud Familiar La Fe. “La Fe is focusing on the very difficult topic of educating and empowering our women.”

Women are finding out to their dismay that their prince charming is experimenting with his sexuality in what is called MSM (men having sex with men), contracting HIV/AIDS and passing it on to them, according to Salazar. December 1 is World AIDS Day, and Salazar said that he hopes that a new awareness of this new face of HIV in the Latino community will erase the image of what a person with HIV/AIDS may look like and start affected people on a journey of hope, peace and help.

Women in El Paso are becoming more vulnerable to this situation and the numbers have been rising. In 2009 U.S. Census Bureau of Statistical Abstract reported 3,115 new cases of HIV diagnoses in Texas and 6740 heterosexual females in all 50 states.

“The minute you say male having sex with male, the first image that comes to your mind is gay people,” said Salazar.  But according to Salazar it is not uncommon in the Latino community for that male who is having unprotected sex with another male to have a double life, to be married or be in a long-term relationship with a woman.

At La Fe they have coined the term “macho enmascarado” to describe men who are married but still experiment sexually with other men. The clinic is identifying them through the rise in the number of infections among heterosexual married woman.

Salazar explained that not only does this macho portray himself as a traditional strong Latino male, but he also uses that cultural role to hide his second identity.

The rise in the number of women in long-term relationships with infections is alarming and Anna Danciger, La Fe outreach coordinator has seen women break down before her eyes. But HIV/AIDS is not a death sentence anymore, she said. According to Danciger the correct term for someone who has tested positive is “HIV reactive.”

“If you do come out reactive, we council you and I make sure to let you know that this is not a death sentence,” Danciger said. “Life-span now is 60-70 years or more, just because of the medication. The medication is beautiful now,” she said.

“Right now my whole thing is empowering women, because that’s who I see that are just highly becoming infected and it’s really sad,” Danciger said. “You see these women break down; they are more worried about their families versus themselves and they don’t know that there is hope,” she said.

Women should empower themselves to demand their right to ask their husbands to get tested and not become a statistic, she said. “By empowering women to be able to say ‘I should be tested and not because I am participating in anything that I shouldn’t but because I am a woman that needs to know her status’, that is really hard for the Latino woman,” said Salazar. According to the El Paso department of Public Health, 70 new cases have been reported this year in El Paso.

Women in 2011 should be able to speak up for their rights and not be afraid of what the testing results may be, because HIV/AIDS is no longer the gay cancer of the 1980’s, said Estela Reyes, Centro de Salud Familiar La Fe spokeswoman.  “People to this day still think of that mental image when they think of what somebody with AIDS looks like, and the reality back then and the reality today are two completely different worlds,” Reyes said.