EL PASO, Texas — The bright orange habaneros and purple Japanese eggplants, picked by the same hand that helps you bag them, rest vibrant under the morning sun inside old wooden buckets.

This direct transaction, valued for so long by both farmer and consumer, is being threatened by new federal legislation that could disrupt it all. The Food and Drug Administration Food Modernization Act, currently on the Senate floor as Bill S510, would change the way food is produced, distributed and marketed in this country. A version of this bill was passed in the House more than a year ago, and is being voted on this year sometime after the November elections.

Dr. Margaret Hamburg, U.S. Commissioner of food and drugs believes this is a historic opportunity and in a recent article published by the New York Times said, “This legislation would provide FDA with important resources and authorities that we really need to be able to do our important job.”

The FDA will have total authority over the food supply and will be allowed to enforce new standards, establish fees and declare recalls. It will dictate all the rules related to growing, harvesting, sorting, packing, storing, hygiene, temperature controls, water and animal husbandry. All of this in the hope of providing food that is safe enough to eat.

Back at the farmers market, Jeff W. Graham a certified organic farmer in Fairacres, NM said, “I’m not afraid to eat any of my vegetables straight off the vine, about the only thing they got on them is dust.” He has worked in agriculture since he was 15 and today owns Mysterious Horizons Farm, where he grows organic produce, pecans and medicinal herbs. Graham is required to follow strict guidelines to be certified organic but most of the other farmers at Ardovino’s Desert Crossing farmers market in Sunland Park, NM are not certified organic. They use techniques passed down along with the farm from generation to generation.

“Most farms are handed down, from family to family, and I would say that most farmers know more than the most learned scientist and politicians,” said Bill Dominick owner of Whitney Farms in Canutillo, Texas. For the most part farmers like Dominick at farmers’ markets and local growers have been self-regulated.

“I think farmers try to produce a good product; we want people to come back and we feed this to our own families,” said Graham when asked about the measures he takes towards food safety. Dominick who makes his living selling his award winning pecans said, “I don’t believe any farmer is out to hurt anybody; what their out to do is try to support their family.”

The proposed bill does not directly target small growers and small farmers like Dominick or Graham but no one has assured them that the new bills proposed regulations, and fees will not affect their vulnerable operations.

Senator Dick Durbin the author of this bill said, “My legislation would take the FDA to a new level by empowering the agency to prevent outbreaks of food-borne illnesses and thousands of deaths each year.” The legislation is designed to prevent disasters like the recent salmonella outbreak caused by eggs that poisoned some 1,600 people. This outbreak provoked the recall of more than half a billion eggs, the largest egg recall in U.S. history.

These facts illustrate the dire need for an intervention in the food industry, especially since there has not been a major food regulatory bill since 1928. This proposed bill that has bipartisan support and is a priority for the Obama administration may sound like a promising solution in Washington but not everyone agrees.

Patriot Pecan farmer John Eveler said, “It sounds like their trying to force us out, a small farmer can’t afford to keep track of this mountain of paperwork or record keeping.”

“The most feared words that you can possibly hear are; I’m from the government and I’m here to help you,” said Dominick suspicious and uninformed about the senate bill S510.

“I think what the government is trying to do is legislate common sense, people have to have their own common sense, and use their brain when it comes to food, food choices and food preparation,” said Dominick when asked if this bill would be the solution to this country’s failing food industry.

At the end of the day consumers are the ones that run the highest risk from poor food safety standards. It is the consumer’s choice when buying any food and produce, to close their eyes and open their mouths or like farmer Eveler said, “See the hand that feeds you.” 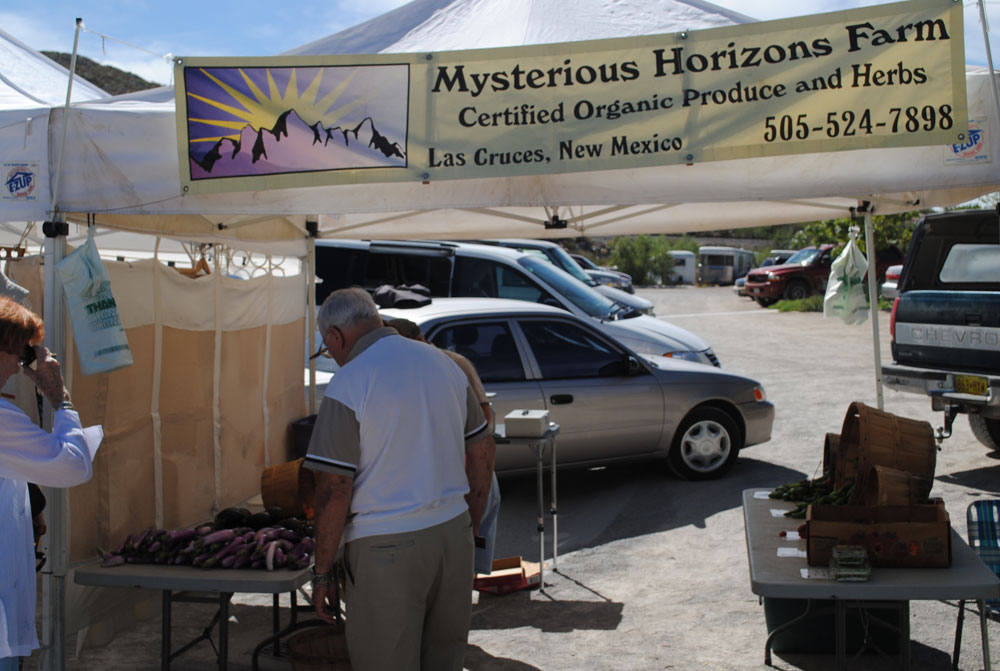 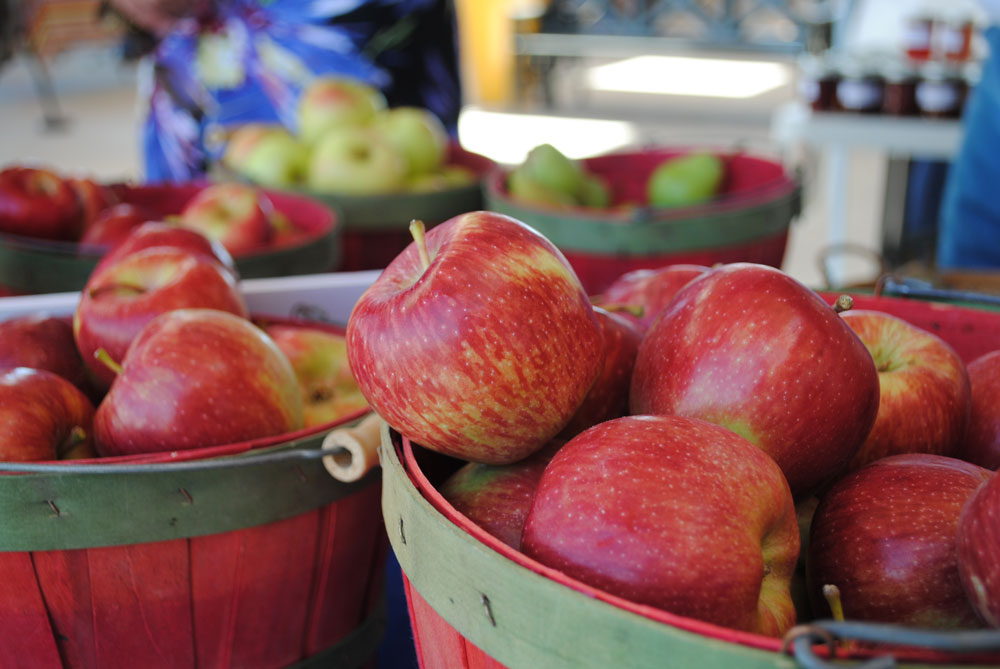 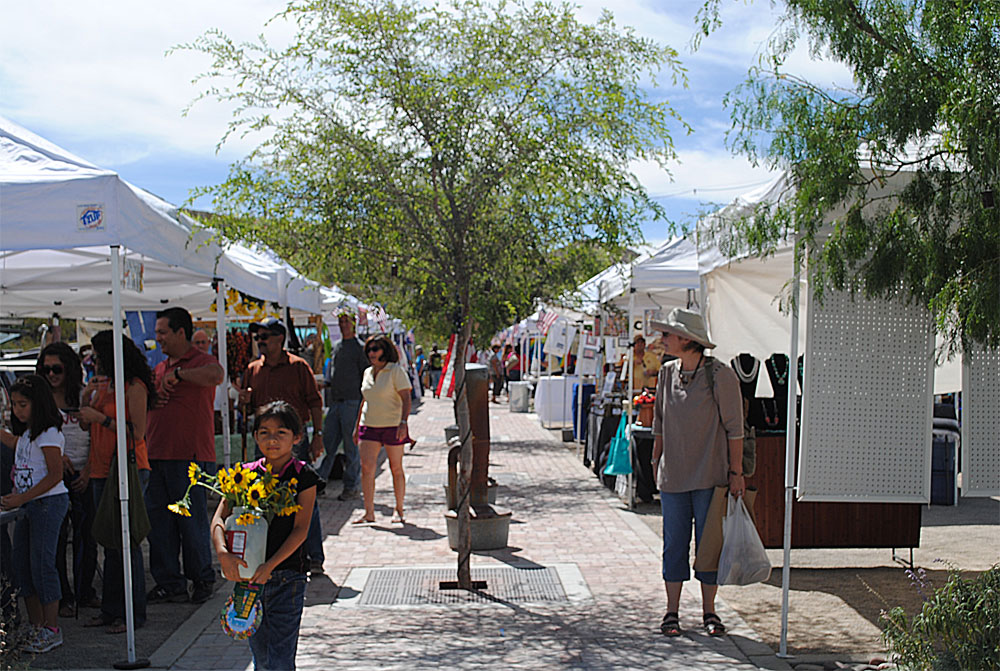 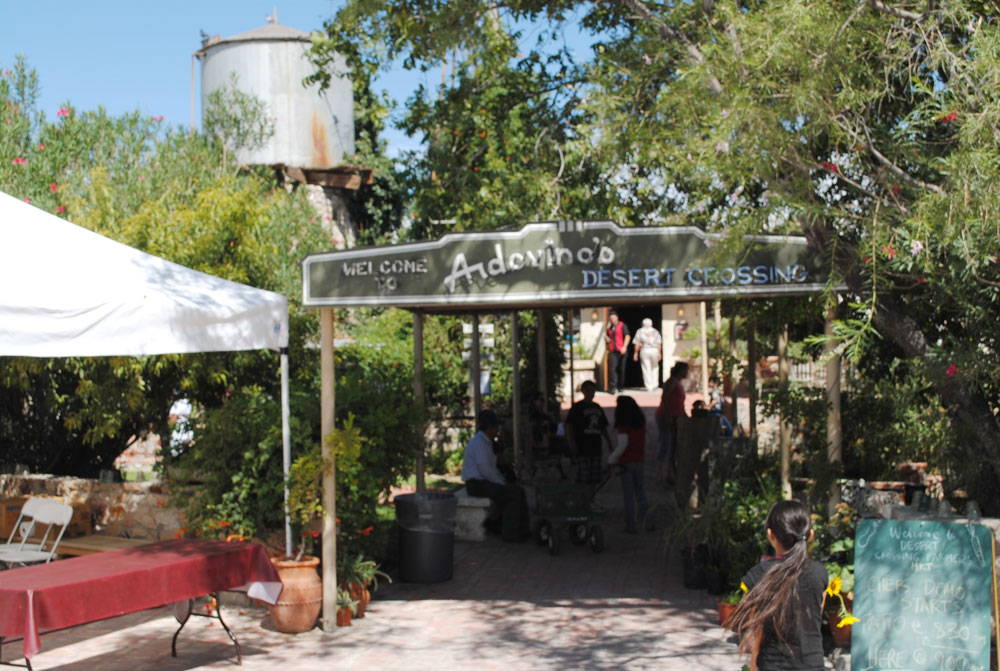 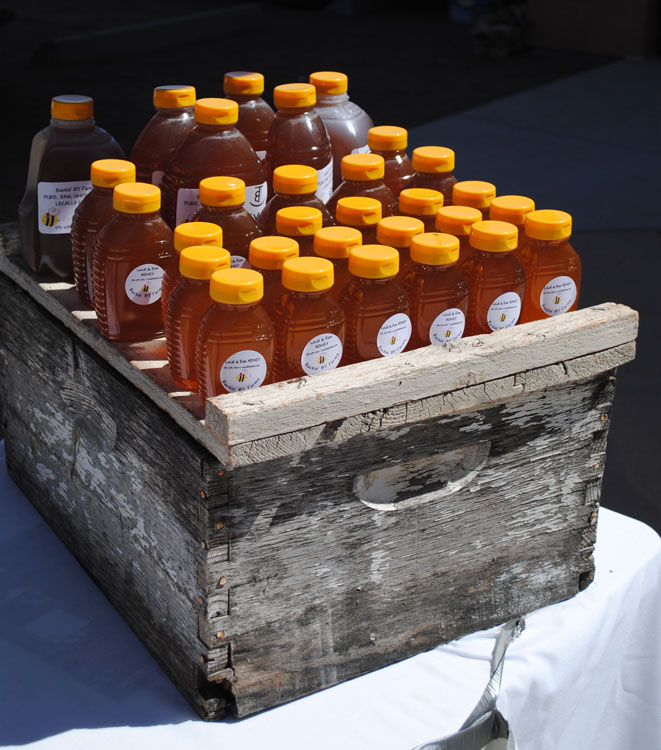 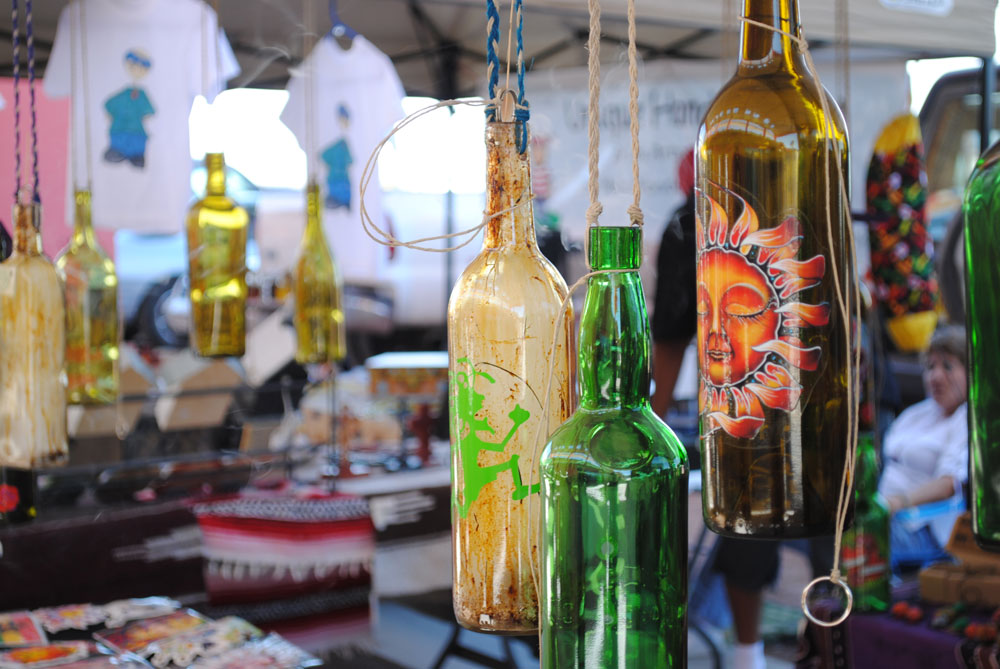 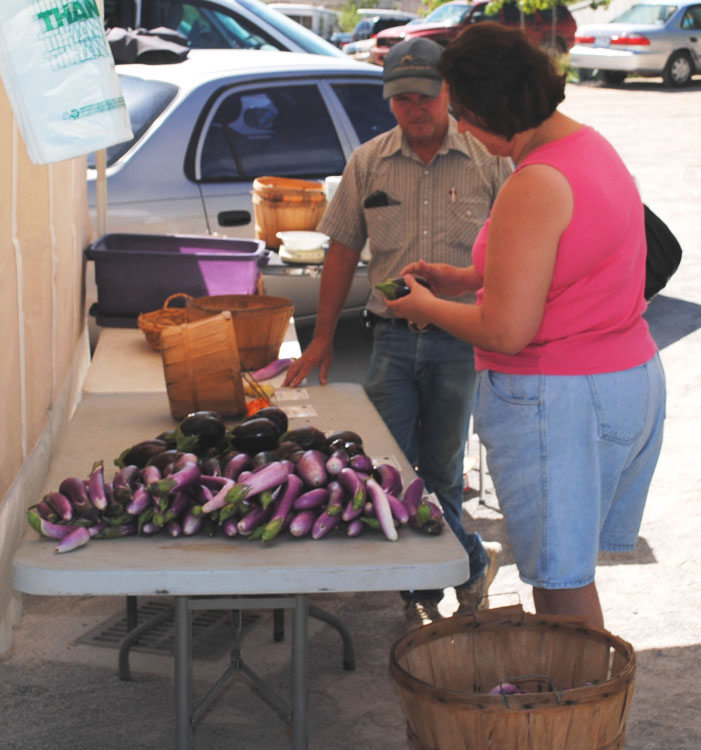 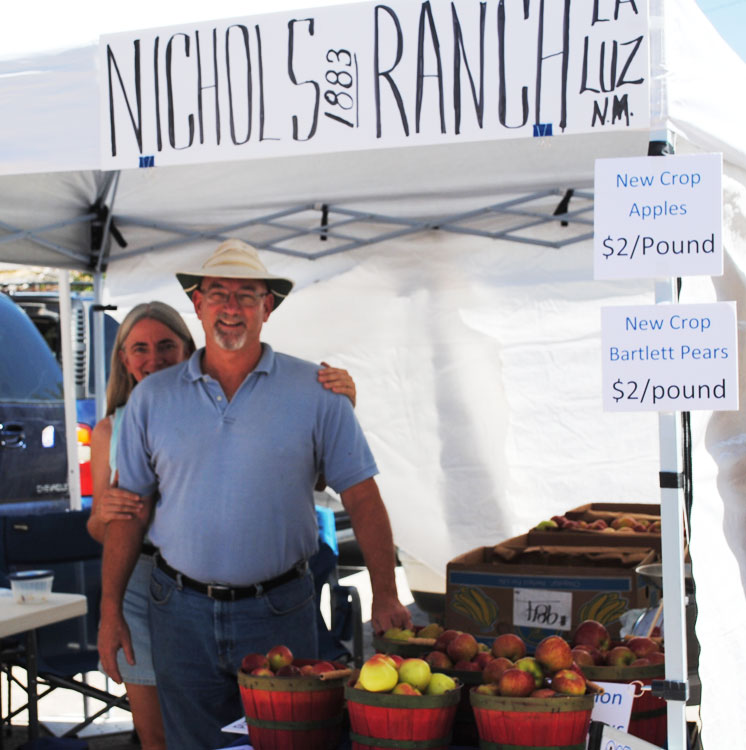 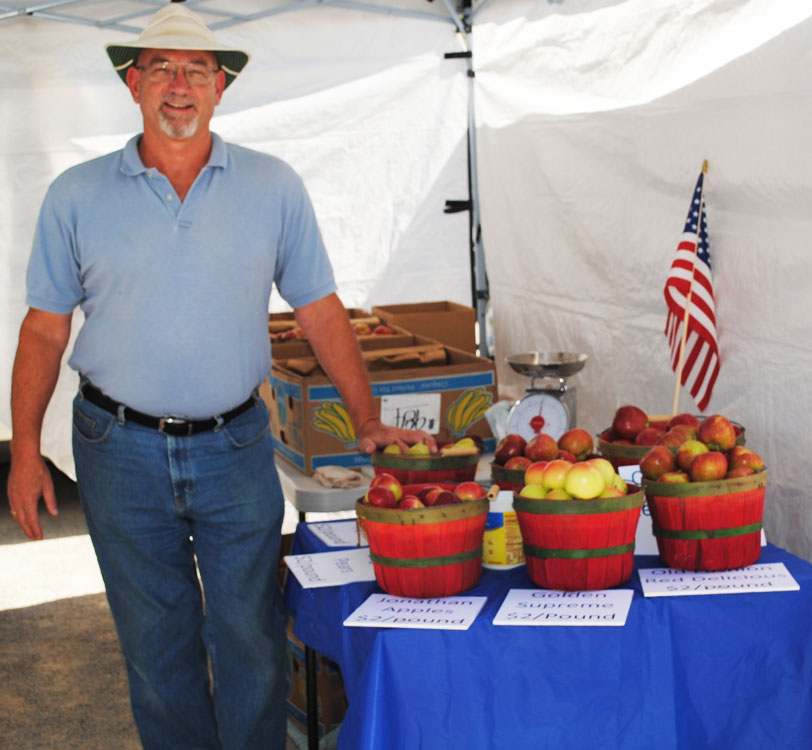 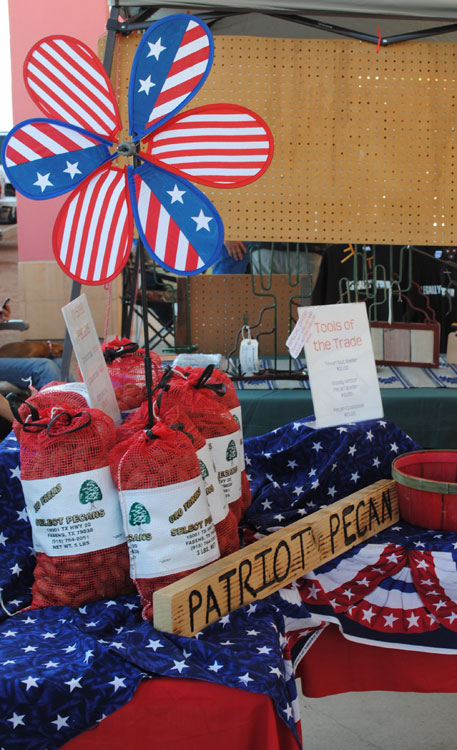 Patriot Pecans from Fabens, Texas at the The Outlet Shoppes at El Paso in Canutillo, Texas (Danya Hernandez/Borderzine.com) 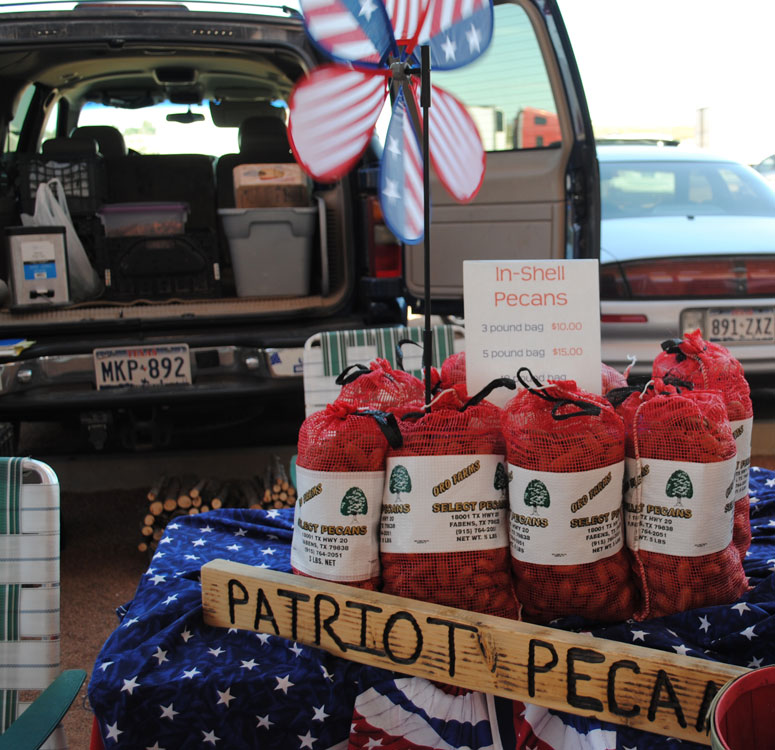 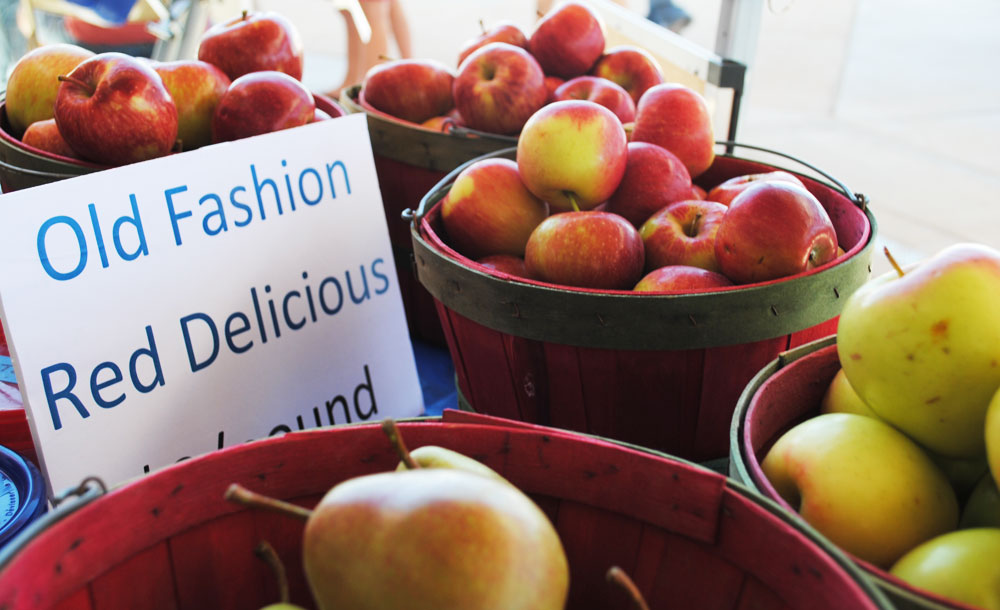 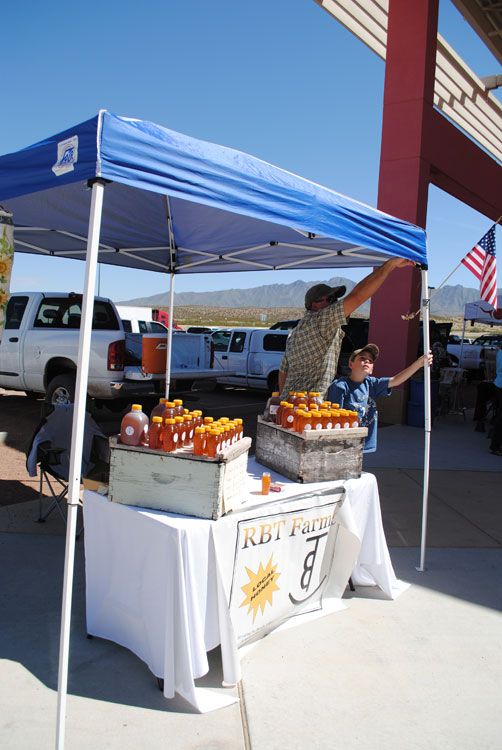 Teak Johnson and his son finish installing their tent at The Outlet Shoppes at El Paso. (Danya Hernandez/Borderzine.com) 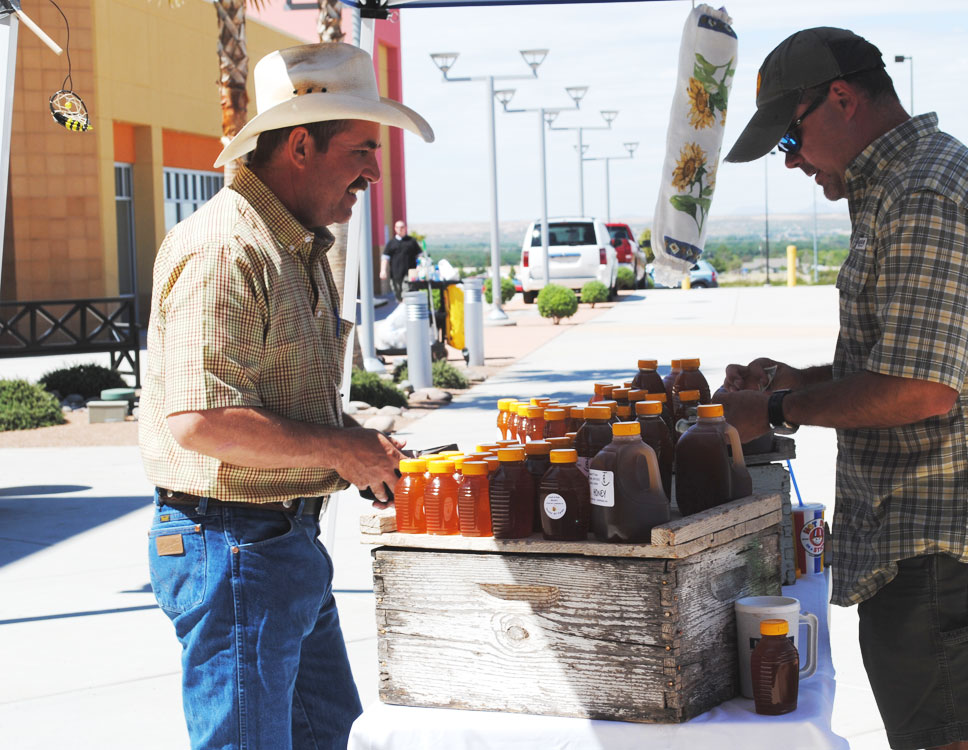